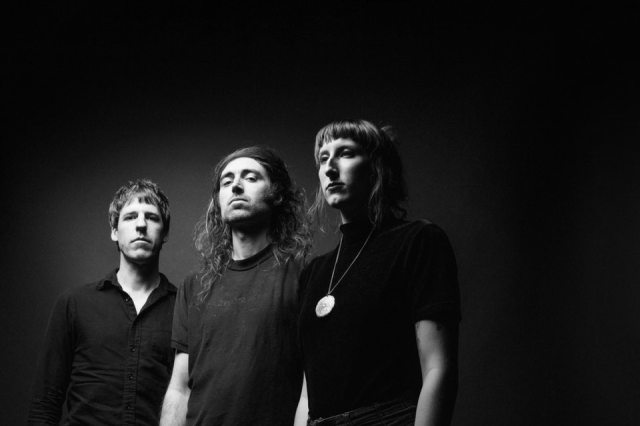 NYC noise titans, A Place To Bury Strangers are set to return with a new LP, Pinned which is scheduled to be released by Dead Oceans on April 13th. The album will be the bands first since the closure of Death By Audio the space where Oliver Ackerman lived worked, and created with abandon. It also marks the first recordings to feature the bands newest addition, Lia Simone Braswell. In addition to solidifying herself as the band new drummer, Braswell also contributes vocals to Never Coming Back as well as elsewhere on Pinned.

A Place To Burty Strangers fronter Oliver Ackerman offered up the follwing statement on the bands new LP, 10 years into his band exitence:

“You make these decisions in your life…you’re contemplating whether or not this will be the end. You think of your mortality, those moments you could die and what that means. You’re thinking about that edge of the end, deciding whether or not it’s over. When you’re close to that edge, you could teeter over.”

Ackerman Co- Directed the video for the searing , Never Coming Back with Ebru Yildiz.