Today Boston’s post-punk titans, Black Helicopter return with a new limmited run latthe cut 7″ single, Seams Of Geldor b/w Dead Wrong (Bullet Lavolta Cover) on Chunklet Indistries. The single promptly sold-out, but you can still procure the tracks digitally. The release serves as a precursor to a full-length LP due next year and recorded by Elio Deluca at The Soul Shop in Medford. Seems Of Geldor, which we have the honor of sharing today employs the bands trademark brand of brash storytelling set to a hearty stew of layered guitar over rhythmic slabs. In other less joyous news the bands bassist Mike Davis has decided to end his tenure with the band, but will turn in one last performance tonight at O’Brien’s. I recently spoke to Black Helicopter as well as Mike himself to discuss the line up change and tonight’s bittersweet occasion.

“Mike provided continuity of Black Helicopter’s soul when we needed it most. He helped us reinvigorate classic BH tunes and with Can Keskin, brought added excitement to creating new material. We are proud to have had him in the band and owe him a debt of gratitude.” – Black Helicopter

“I’ve known Matt and Tim for roughly more than 30 years but never really played with them. I was always a big fan of Black Helicopter so when Zack left I jumped at the chance to play. I was excited to play the songs I loved as a fan like Army Pup Tent and Mousemeat but also to write new song with them. Tim is an amazing musician and can come to practice with a new song in the BH style every week. It’s impressive and intimidating. I’ve been doing this for most of my life now with Luca Brasi Blacktail and Windmills by the Ocean and just need a break. I can’t be the bass player BH needs so I’m happy to see they have not missed a step and have added Arnne Victorine to complete the trio. Lots of amazing stuff coming from BH and now I can go back to enjoying it as a fan. I just hope I get a discount on merch.” – Mike Davis 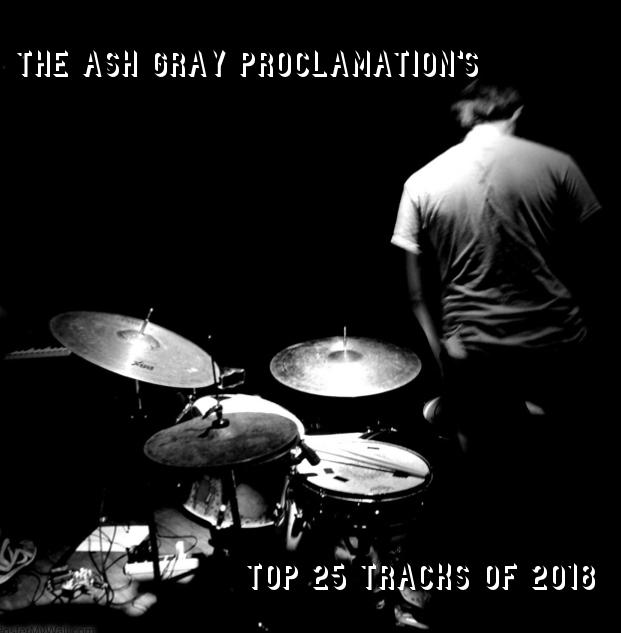 A trying year politically delivered an incredibly strong year in music. With  excellent albums by some established favorites like Guided By Voices and Superchunk as well  formidable releases from rising acts such as Twin Foxes, Darklands, Ovlov, and Kal Marks we had plenty of sonic splendeur to keep us chugging along. In our first installment of 2018 in review we take time share some our favorites of the year. Most of these are available on Bandcamp, so if there something here that lands in your wheelhouse please consider supporting these artists in any way you can.

*Photo above taken at AS220 in Providence by Eleanor Dean


I first discovered New Hampshire’s Greed Island via a social media post from fellow Seacoast indie outfit, Rick Rude back in January. I immediately tracked down their then just released Nest Egg and proceeded to freak out over the bands marriage of Matador Records heyday guitar bands, pop hooks, and intelligent lyricism. That album has been in constant rotation since last winter and in my estimation one of the years finest. I recently caught up with Greed Island’s guitarist/vocalist, Trevor Butler to discuss the recording of his bands latest release and the burgeoning Seacoast scene. In addition we are thrilled to premiere the video for Tiny Homes that the band recently recorded with Ty Ueda for his Mount Misery Sessions. Thanks to Trevor for allocating the time to answere a few questions and of course the band for making the trek down from the New Hampshire for tonight’s show.

The Ash Gray Proclamation: Let’s start at the beginning, when did you realize you wanted to start a band?

Trevor Butler: What kid doesn’t wanna be in a band? It’s rad, you get to play real loud and just get it all out there. Chris Kennedy and I had been playing music together for a while and started writing some stuff we liked so we started playing out. We just found a lot of happiness in being able to share our creative efforts with friends and all the other amazing people out there we get to play with.

The Ash Gray Proclamation: How did Greed Island come together?

Trevor Butler: Greed Island came together with a mindset of writing new music, a lot of which formed by listening to the bands coming out of the New England post punk boom.

The Ash Gray Proclamation: Can you tell me a little bit about the creative process that led to recording of your latest Nest Egg?

Trevor Butler: Nest Egg is based a lot on our experiences at a house we lived in on Baker Street in Dover. That year we watched birds lay a nest on our porch and watched their birblets grow, I took in my cat Grandma who showed up on our porch one day, and just made a lot of memories there. Honestly, probably the best home we’ve ever had.

The Ash Gray Proclamation: How often does the band get together to write and record new material ?

Trevor Butler: Chris and I write the songs and a lot of times it happens in waves, we’re really busy so it just happens out of the blue. So far, it’s just been a yearly thing with recording, but we’re actually recording in early June to put out a split with our buds Idling.

The Ash Gray Proclamation: You are involved in the Dover scene as well as Sue’s Space in Rollinsford NH. What can you tell me about that space and your current role within that organization?

Trevor Butler: Sue’s and Wrong brain have given so much to the seacoast scene it’s honestly been amazing to be a part of it. Both organizations are at the heart of the true weirdo art collective and keep the area exciting. My focus at Sue’s has been a fundraiser coordinator. We are a member based art collective with a wonderful spot in the Rollinsford Mills with a stage, PA, lights, projector, and anything else you could ever need to have fun. My latest effort has been trying to raise money for bleachers. We’ve been throwing bigger events recently like the Rock Water Film Festival and Take Down wrestling and we want everyone to have a good view of the action.

The AGP: Which Seacoast bands should we be checking out ?

Trevor: Woah! So many. Pretty much all of them, but off the top of my head, Charles, Notches, Rick Rude, Idling, Heavy Pockets, Sunchoke, Gash, People Skills, and Peacham. Also, a couple of Manchester based bands, Baby Lawns and Bad Fellows.
.

The AGP: On Thursday you return to Rhode Island for a show at Machines With Magnets, what can the Greed Island uninitiated expect from your performance?

Greed Island will perform at Machines With Magnets tonight along with The Chris Brokaw Rock Band, Gold Muse, and Lightsleeper. Event Info