Milked, the Eugene, OR via Chicago noise pop concern featuring former members of the late great, Geronimo! are set to return with a new album, Crawling Passed on September 28th. The new set was recorded last year in Chicago By Kelly Johnson and frequent collaborators Matt Schwerin and Ben Grigg and follows up their superb 2017 release Death On Mars which landed on our best of 2017 list and was reviewed here. The 12 tracks that occupy Crawling Passed were recorded just prior to Kelly Johnson’s relocation to the Pacific Northwest, so it’s unclear whether the band will tour behind the new LP, but we’re sure as hell gonna keep our fingers crossed. Milked have offered a preview of what to come with the plaintive and anthemic, Dialudid off the forthcoming LP. Stream it below.

Throw another year end list on the fire! With the last days 2017 looming, we have selected our favorite LP’s of the year. This was another banner year for the independent music being made in the American Northeast corridor. We also saw exceptional records from rising as well as established acts and in one case we got the first new recordings in a couple of decades. We thank you for your continued readership and support of this site. Stick around because we have a big 2018 planned.

We wish you an incredible Christmas and New Year filled with beautiful noise.

Former Geronimo! front man, Kelly Johnson returned last summer with a new project armed with 9 songs about a sci-fi future, drenched in fuzz. Well, my obsession with album has only deepened since posting our review. Whether on the frantic sludge rock of White Punks In Angst or the pop hook fest that is Goodbye Durango Death On Mars is a remarkable debut album, buzzing with cathartic post-punk.

9.Beverly Tender – What Have You Done To My Water? [Disposable America]

After the high bar set up by 2015’s Lord Mayor Makes 1,000 Speeches, Beverly Tender had their work cut out for them if they were to match their self-released debut EP.  Well, as you’ve probably guessed Beverly Tender exceeded all expectations with a superb collection of skewed pop and angular guitar anthems. The one noticeable flaw is the brevity of this set, but luckily it stands up wonderfully to repeat listens. Just put it on at a day long loop.

UK Shoegaze legends reunited in 2014 to some shows in their homeland and luckily for their stateside fans expanded the live dates to include two tours of the U.S. over the past few years. On Slowdive the band deliver a near flawless record overflowing with droning ambience, C86 influence pop, and their signature guitar haze. However, what makes this LP so exceptional is that Slowdive manage to create something completely unique while retaining just enough of the elements of what made their early recordings so captivating.

This New Hampshire collective provided the year’s biggest eureka moment with Make Mine On Tuesday. With twin guitar interplay reminiscent of Keep It Like A Secret era Built To Spill and the scrappy lo-fi charm of early Guided By Voices, Rick Rude delivered the year’s most addictive listens. For all the heavyweight influences and comparisons on Make Mine Tuesday the ensemble manages to carve out a space all their own and on tracks like Bald & Fat in Houston, TX and Sunhead they delivered one of the years most varied and sonically diverse LP.

These Texan’s have held a very special spot in my heart since discovering the incredible and sadly retired Bedhead (92-98) back in college. Since then I have followed along with Matt and Bubba Kadane’s post Bedhead outfit, The New Year. Early on the band seemed to expand upon the slo-core path of their earlier work, but over the past 4 albums The New Year has become an archetypal institution all their own. Snow represents another step forward for the band and finds the Kadane’s turning in a stunning new collection of sparse, deliberate, and beautifully arranged pop songs.

5.Bad History Month – Dead And Loving It: An Introductory Exploration of Pessimysticism [EiS]

For the better part of 10 years Sean Bean has captured our attention with intelligent lyricism ripe with self-deprecation, first as Boston’s anti folk noise duo Fat History Month. In relative short time he amassed an impressive catalog of full lengths, EP, split releases, and plenty of basement shows. Dead and Loving It… marks the first official release under Bad History Month moniker, a name Bean adopted from FHM’s excellent 2013 release. This new LP is an incredible study of self-examination and existentialism. It’s also an album that display’s Bean as a gifted songwriter. Dead And Loving it is work of substance and emotion that offers a glimpse of hope out the despair exhibited thought out the LP, particularly on The Church Of Nothing Matters. Bleak as fuck, but completely stunning from start to finish.

For those unfamiliar with this story, Phil Elverum the man behind both The Microphones and more recently, Mount Eerie suffered an enormous personal loss after his wife died due to an inoperable cancer in 2016. He recorded these songs shortly after her passing in the home they shared with their newborn daughter while utilizing her instruments. To say this is a devastating record is a bit of an understatement, but for all the sadness that drips from these songs there’s both beauty and honestly in these tracks as well. A Crow Looked At Me is an incredible cathartic document of loss, remembering the little things in life, and finding a way to dust ourselves off and trudge on for the people that need us most.

It’s been something to see Boston’s post-punk goliaths Pile, evolve from their inception in the mid 00’s to the string of superb full lengths. On A Hairshirt of Purpose, Pile manages to exceed the lofty expectations set by 2015’s You’re Better Than This with an album that pushes the bands sounds in new and exciting directions while retaining their gift for combining dexterous and complex instrumentation paired with honest self-reflection. On album number six Pile have delivered their finest record, at least until they get around to recording the next one.

In April Robert Pollard’s issued his 100th full length release with August By Cake a sprawling 32 track double album which in addition to some instant Pollard classics featured songwriting and vocal contributions from Doug Gillard, Mark Shue, Kevin March, and Bobby Bare Jr. Then in the heat of August Pollard delivered GBV album #2 of 2017, How Do You Spell Heaven? A concise and focused effort reminiscent of the TVT years and arguably Pollard’s most accessible set of songs since Isolation Drills. The album kicks off with The Birthday Democrats, a catchy as all hell guitar pop anthem of the highest order. How Do Spell Heaven? Is the album casual fans have been dying for GBV to record and one the obsessives will embrace, which further proves that Robert Pollard shows no signs of slowing down or delivering a sub-par album. Not bad for a guy who just turned 60th with 101 LP’s to his credit.

1. Meat Wave – The Incessant [Side One Dummy]

The Incessant had our backs in 2017. It was there to comfort us during the early days of a certain narcissistic idiots Presidency, to cure our workday frustrations, and could be heard by anyone within an earshot of our vehicles on summer road trips. Meat Wave fronter Chris Sutter wrote the bulk of this set in the aftermath of the dissolution of 12 year relationship and he voices his displeasure throughout the album. The Incessant is a jagged noise pop opus with plenty of wit, spite, and pop hooks. The album isn’t all cacophony, Sutter takes a deep death on Birdland, only to bludgeon us with biting and arresting lyricism, “down into the valley surrounded by scum, no point in climbing out, you burned everyone you love.”

With the end of our calendar year upon us, many of us blogging types turn to cast a gaze over the past 12 months and deliver a year end recap. It’s been a few years since we  completed this exercise, but with a year as strong as  2017 was, the opportunity to spotlight the releases and artists that one could’ve found clamoring from the AGP offices in  the past year was too good to pass up. We have compiled the 25 songs below that ended up in heavy rotation on our turntables as well as on the various streaming platforms we frequented this year. You’ll probable notice the  bulk of favorite tracks have origins in the American Northeast which speaks volumes about those artists, labels like Disposable America and Exploding in Sound Records, not to mention the thriving scenes in Allston, Northampton,  Brooklyn, and Providence.

16. The Spirit of The Beehive – Cops Come Looking

13. Two Inch Astronaut – Can You Please Not Help

6.The Persian Leaps – Picture My Reaction 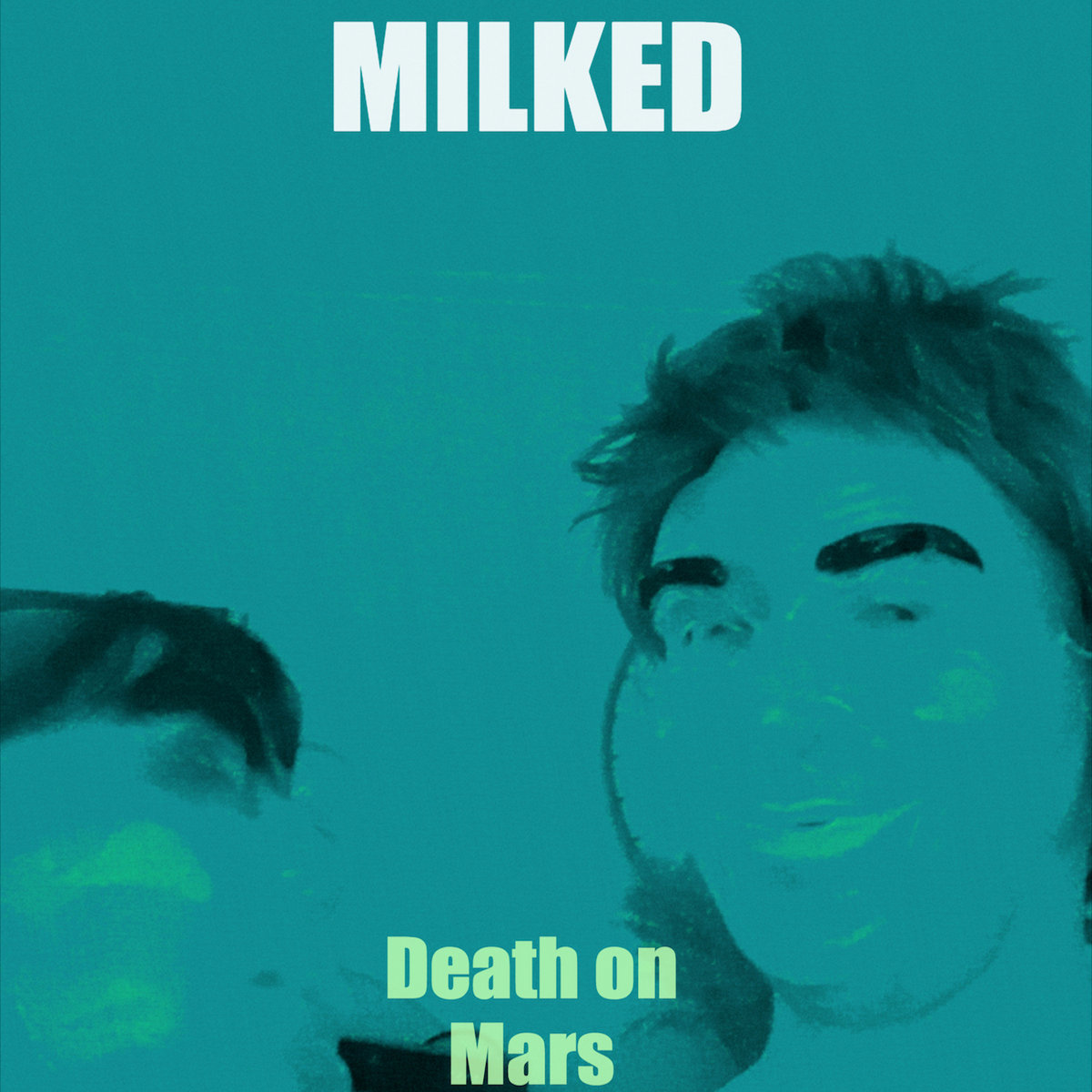