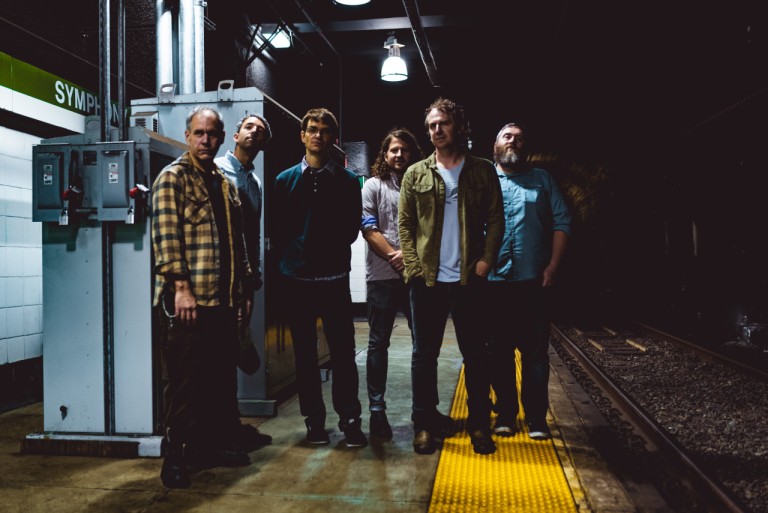 Earlier today long standing AGP favorites, Hallelujah The Hills premiered their incredible stop motion video for The Memory Tree. The song can be found on their most recent LP and the outright triumph, I’m You. An album that landed in the top 3 of our favorite albums of 2019. Over the current pandemic HTH leader, Ryan H. Walsh began working on the concept for the stop motion video that led to the creation of The Memory Tree.

Walsh explains: “About four & a half months ago I started crafting these little ghost figures. And then I started searching out miniature items—like typewriters, coffee cups, and television sets. And then before I could blink, I had multiple small houses inside my singular human house and I was working on a stop motion animation video for The Memory Tree. It all kinda snowballed from there.”

Hallelujah The Hills  recently shared the new track Popular Anti-Depressants of The 21st Centruy as well as the 2020 Halloween Mix Tape, The World is Most Certainly Haunted And I Am One Of It’s Best Ghosts, which you can score over at their Bandcamp site.  Lastly the band is offering a spiffy new ghost t-shirt to mark the relase of their new video, just in time for your trick or treating adventures.

When I started to compile this list and reflect on the releases and events that shaped my 2019 the year was coming to an end and I for one couldn’t have been happier about that. In full disclosure in the early stages of working on this piece I put a playlist together and named it 2019 – Go Yourself. A bit low brow but a title that accurately surmises my sentiment for those 365 days that occupied 2019. In addition to some personal challenges I was faced with last year the world continued to deliver heartbreaking blows with the deaths of two of my all time favorite artists, David Berman and Daniel Johnston, respectively. But, as I was often reminded in 2019 there is power and catharsis in music and sometimes a great song can change your day and perspective in under 3 minutes, or less in some cases. 2019 was an exceptionally strong year for music and brought both new releases from long standing favorites, indie legends and exciting new acts that captured my attention and provided the soundtrack to a year that is gladly in the rearview. This list could have easily been expanded to 40 albums if not more, however these 20 records are the ones that I turned to the most, connected with, played loudly in the car, on long runs in the woods, and forced upon my friends and loved ones. Let’s try to see past the fact that It’s already February, better late than never I suppose. 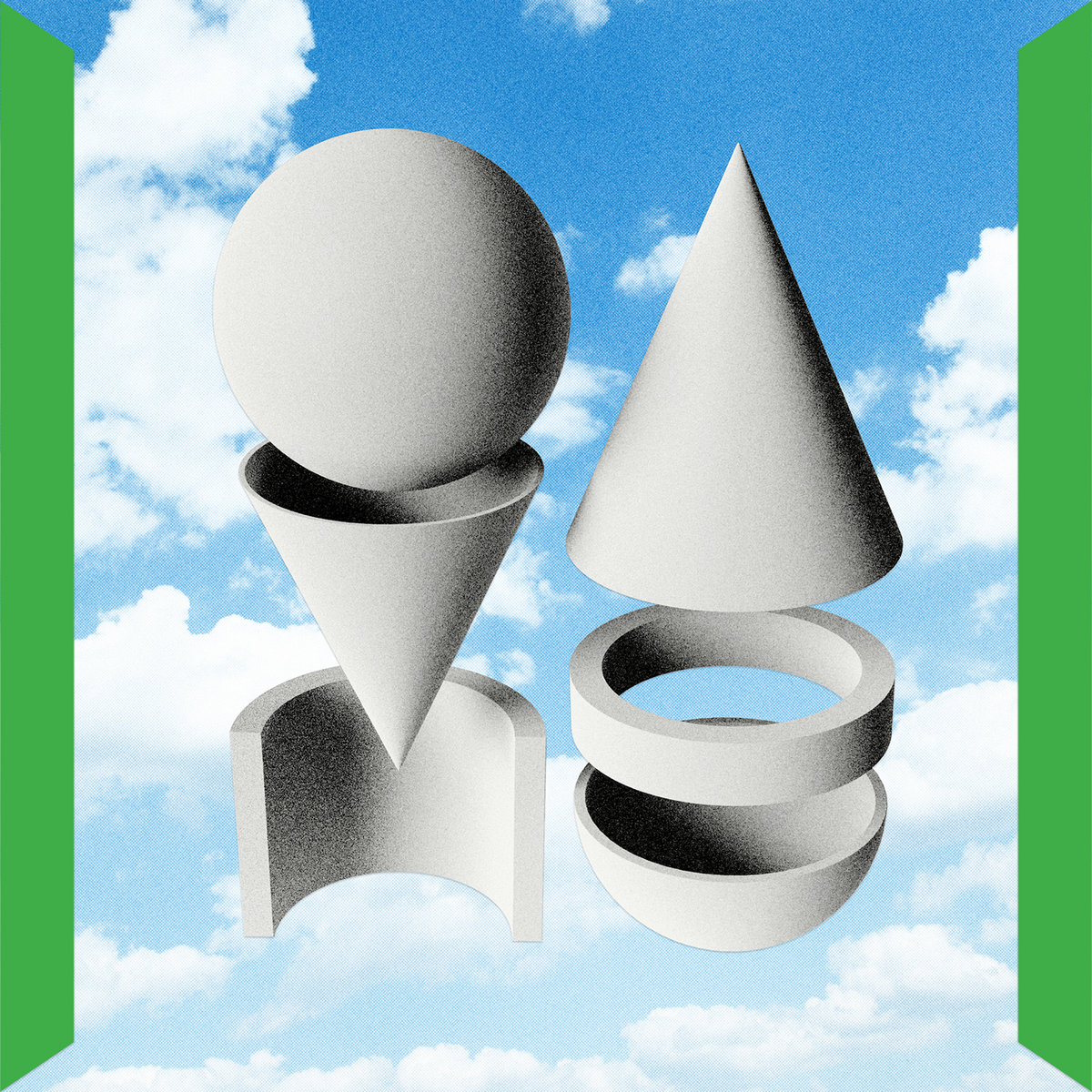 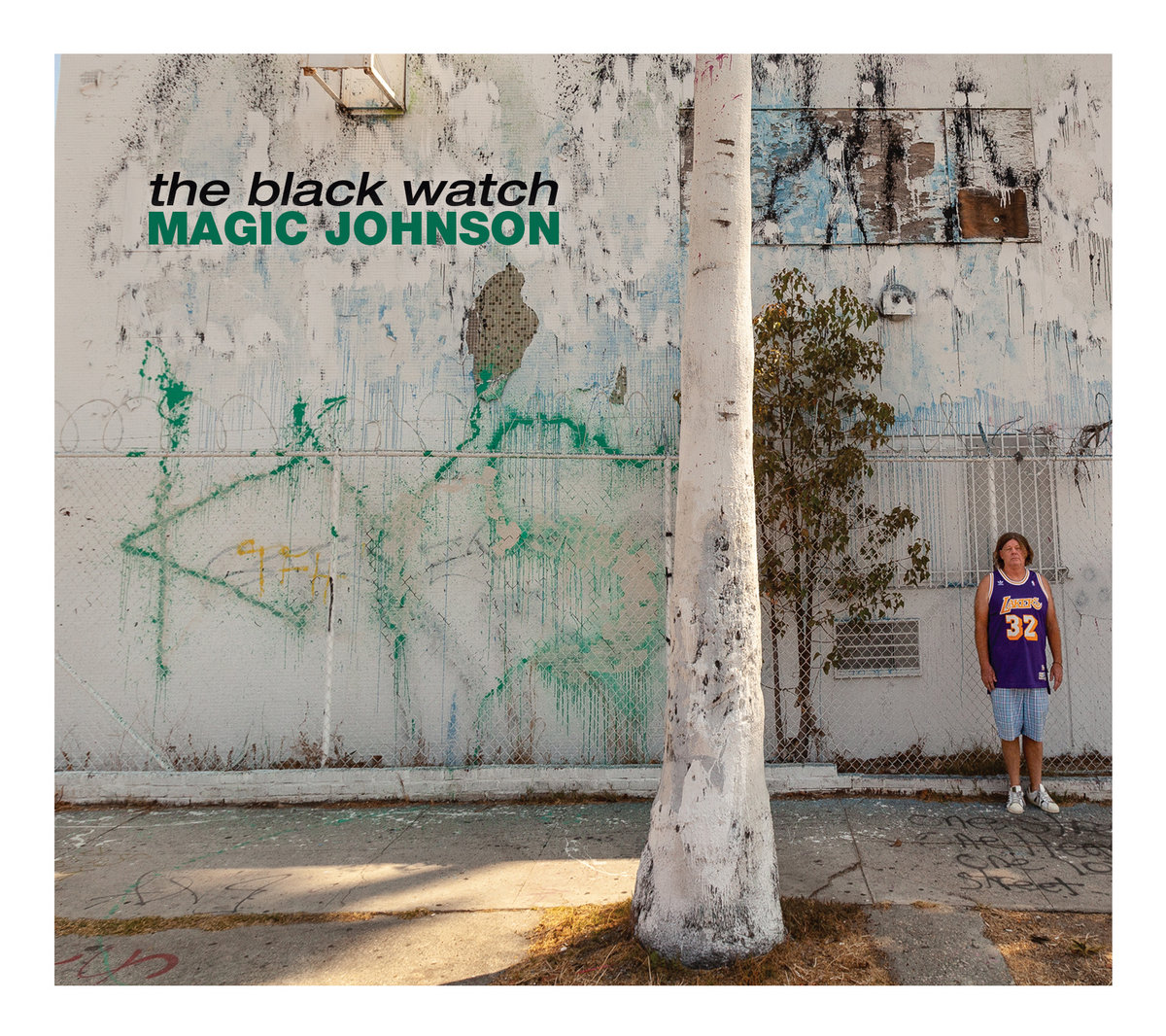 19 . The Black Watch – Magic Johnson (Atom Records)
The long running Los Angeles dream pop concern, The Black Watch issued yet another gem in a string of engaging, literate and infectious LP’s with Magic Johnson. Not even my east coast pro Celtics bias could deny the strength of this album and shimmering pop sounds within. 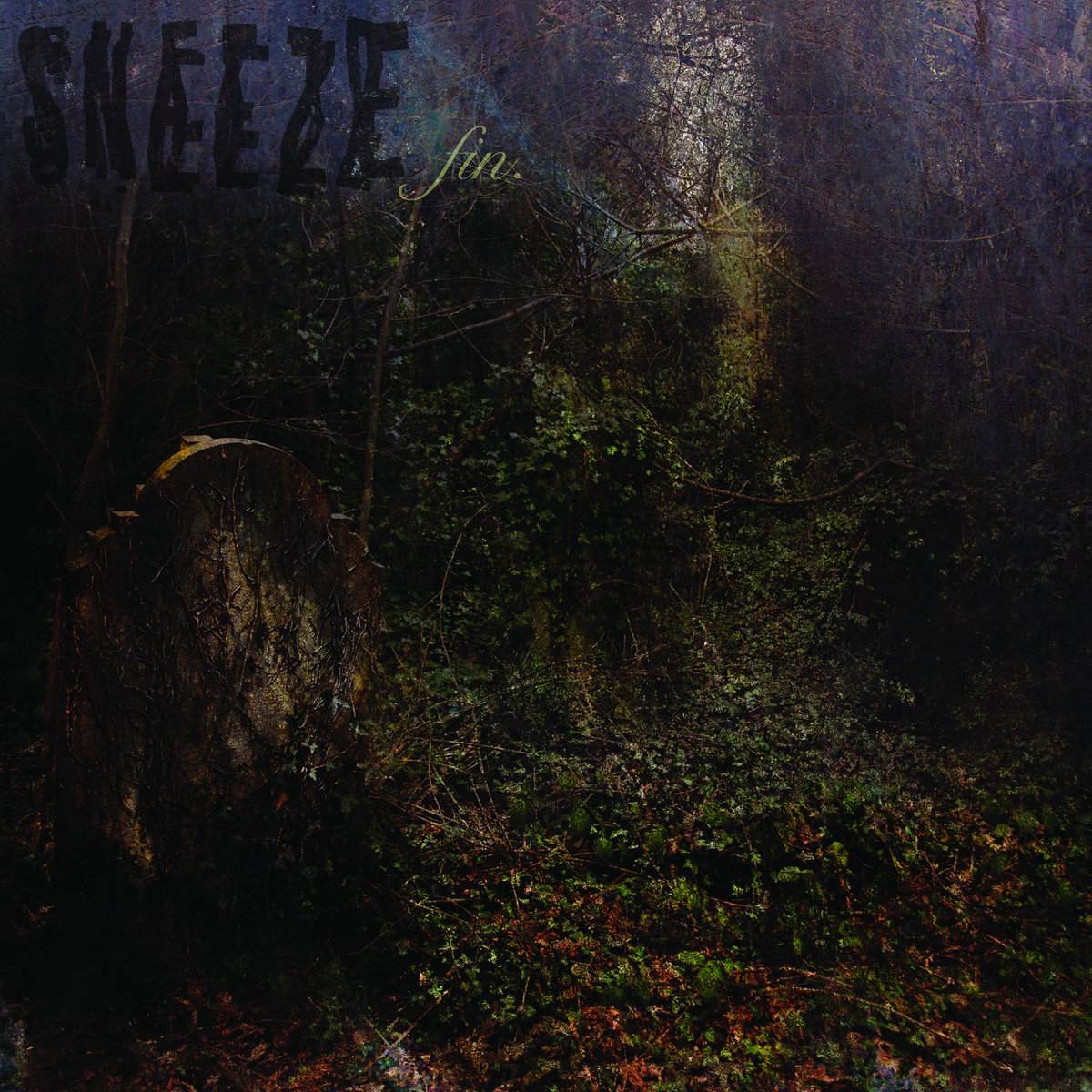 18. Sneeze – Fin (Midnight Warewolf / Tor Johnson Records)
Boston grunge punks, Sneeze first popped onto my radar in 2011 and I’ve followed along closely over the past 9 years as they’ve released a remarkably consistent string of releases. Fin follows 2016’s excellent Rot EP and finds the trio delivering there most varied and anthemic album to date. 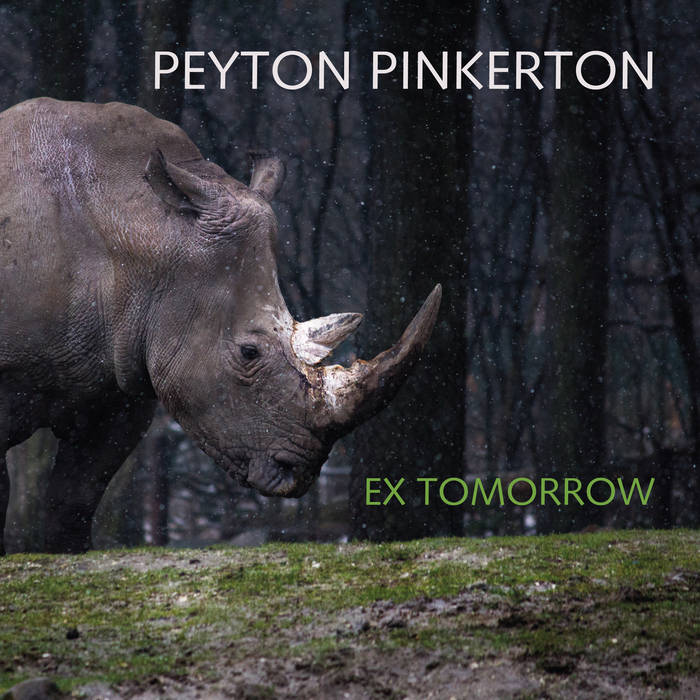 17. Peyton Pinkerton – Ex Tomorrow (Darla)
The former New Radiant Storm King, Pernice Brother, and Silver Jew, Peyton Pinkerton returned this year with what has turned out to be my favorite of his solo offerings. Ex-Tomorrow is filled with intelligent and exquisite guitar driven pop songs. What more could you possibly need? 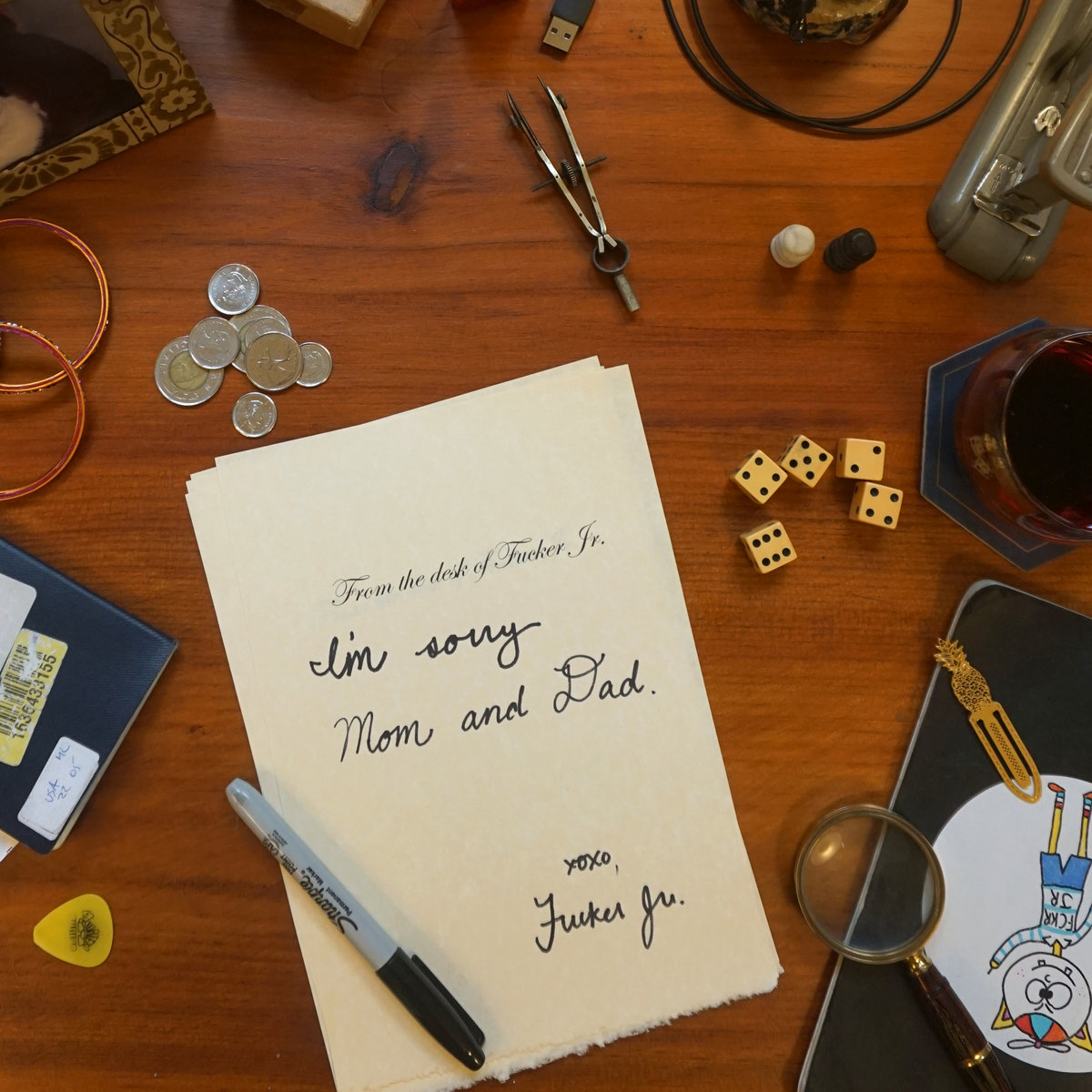 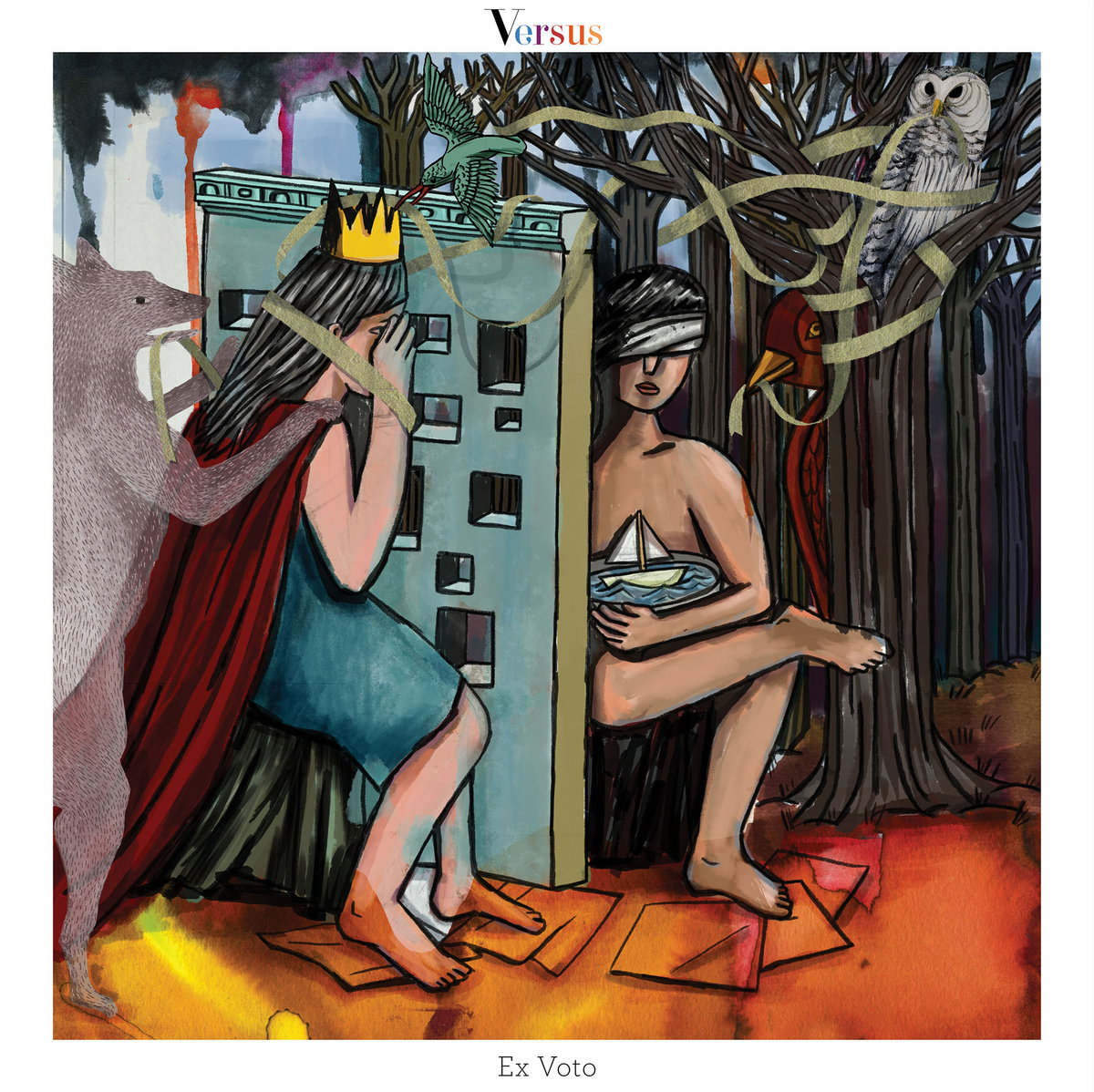 15. Versus – Ex Voto (Ernest Jennings)
A very welcome return from a band I’ve admired since the early 90’s. Versus deliver this new set with finesse and refinement of a band that’s been at it for 3 decades but one that’s not satisfied to rely on their past accomplishments. Ex Voto is an infections and arresting LP that finds it’s creators sounding recharged and as vital as ever. 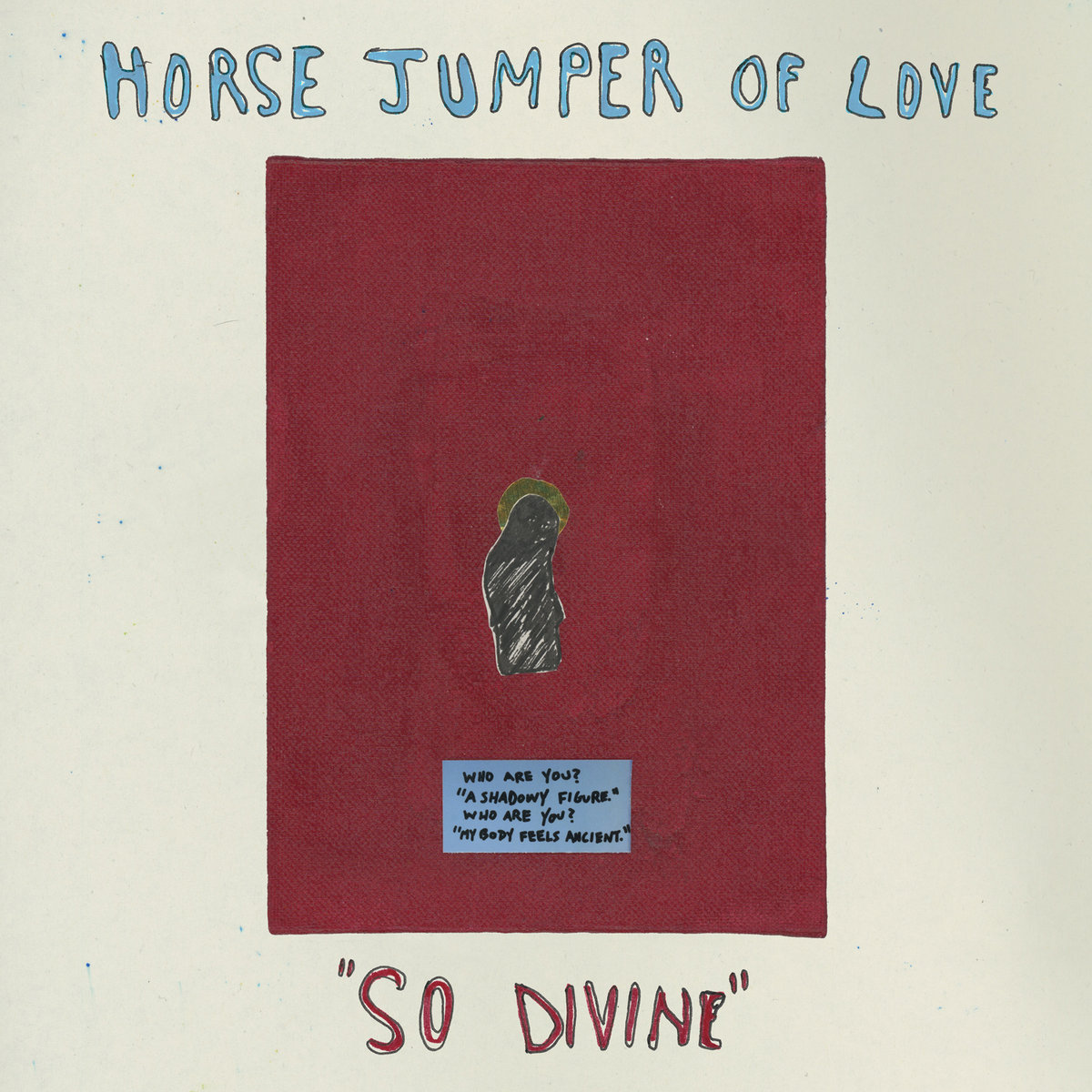 14. Horse Jumper of Love – So Divine (Run For Cover)
Boston’s slowcore concern HJOL made the move to Run For Cover Records for their 2nd LP and found the band pushing their sound into exciting new directions with a blissful marriage of beauty, sadness, and noise. 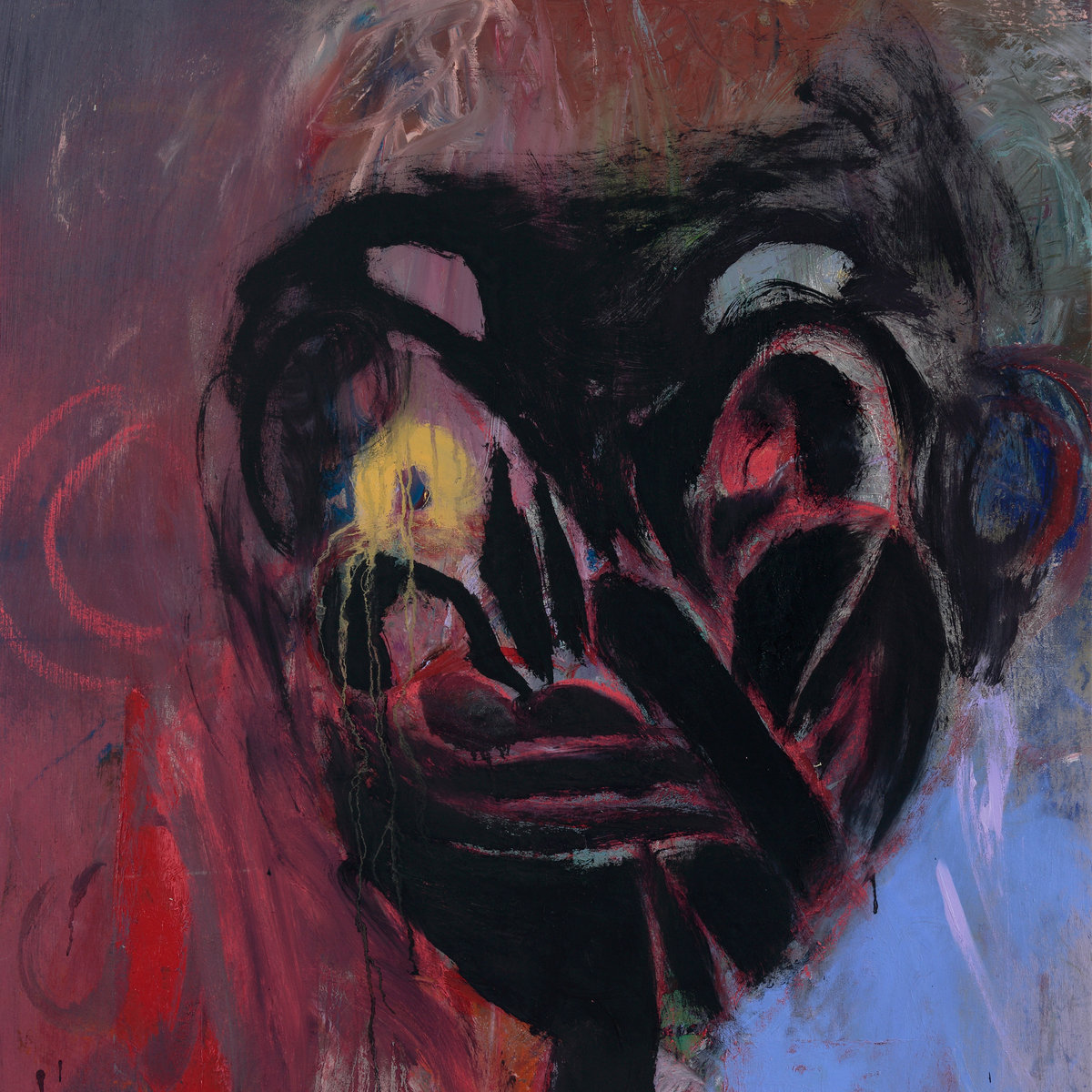 13. Diiv – Deceiver (Captured Tracks)
On Deciever Zachary Cole Smith leads Diiv through their most accomplished song cycle to date, while adding a new density and a fresh coat of grime to the shoegazers sonic pallet, providing new vibrant texture to dark tales of addiction and recovery. 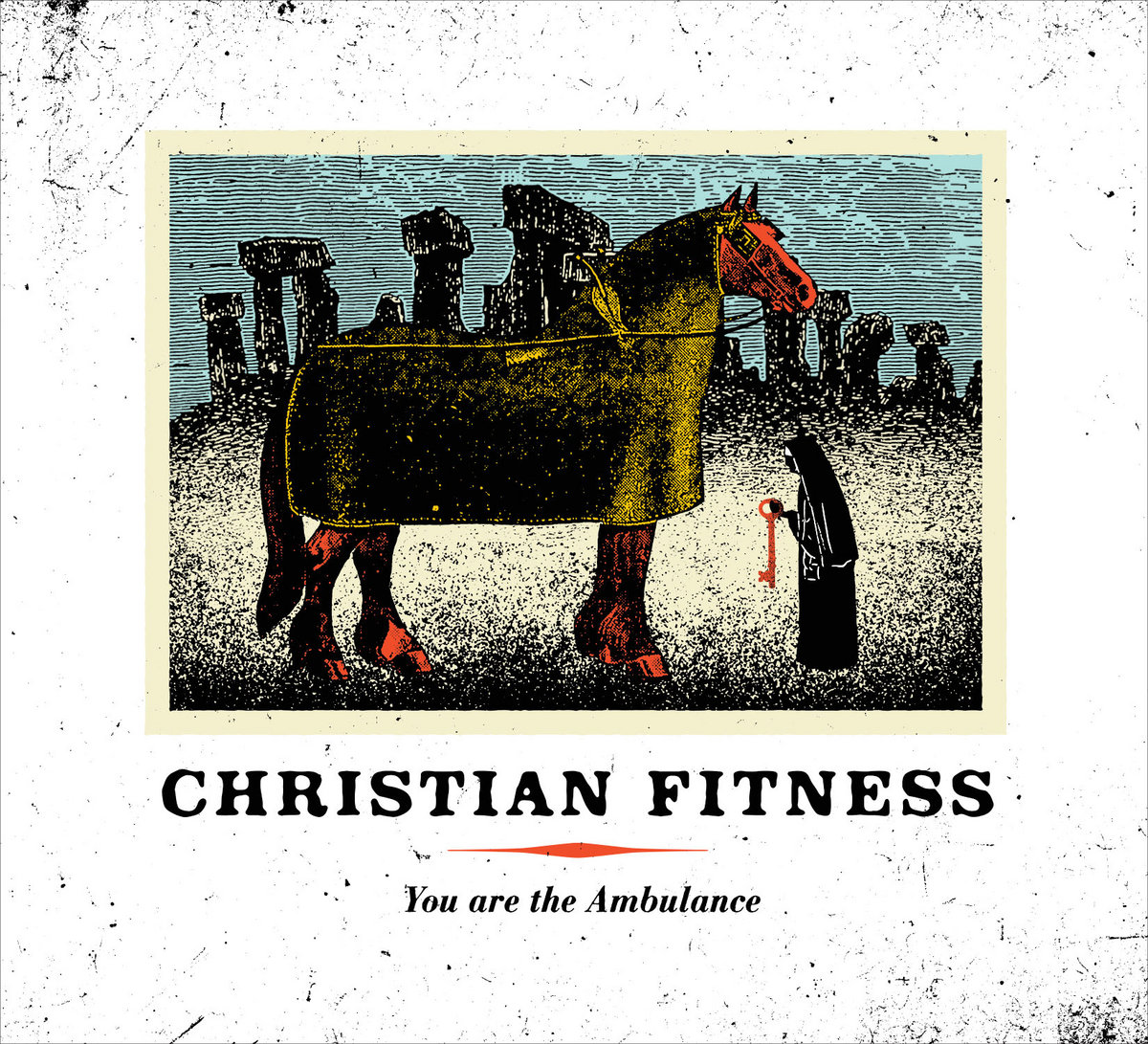 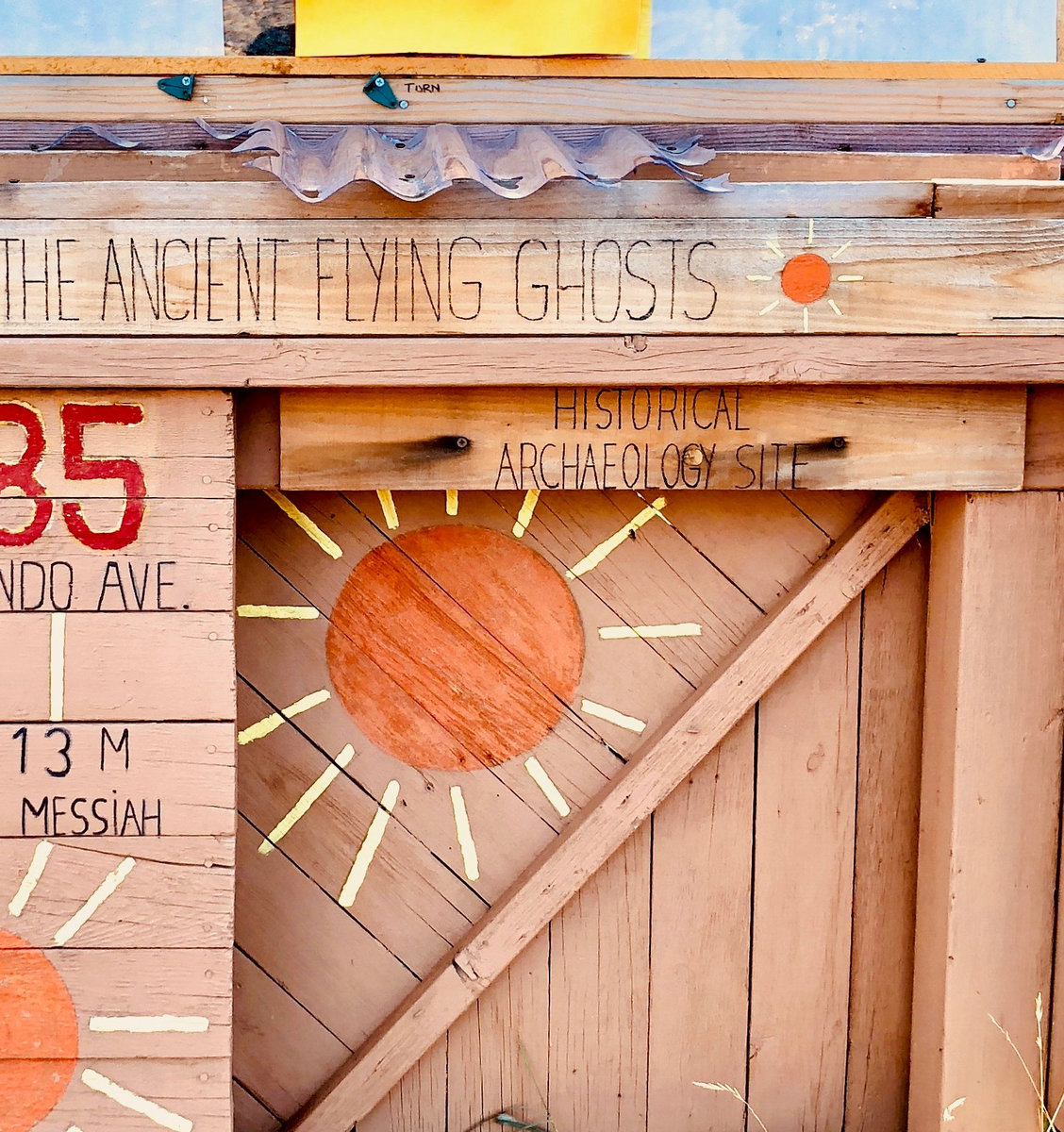 11. The Astounds – Ancient Flying Ghosts (1262936 Records DK) A new record from Dean Wells (Capstan Shafts) is cause for celebration especially when said album is as good as Ancient Flying Ghosts. 10 songs in under 20 minutes for an euphoric lo-fi blast and oh so many hooks! 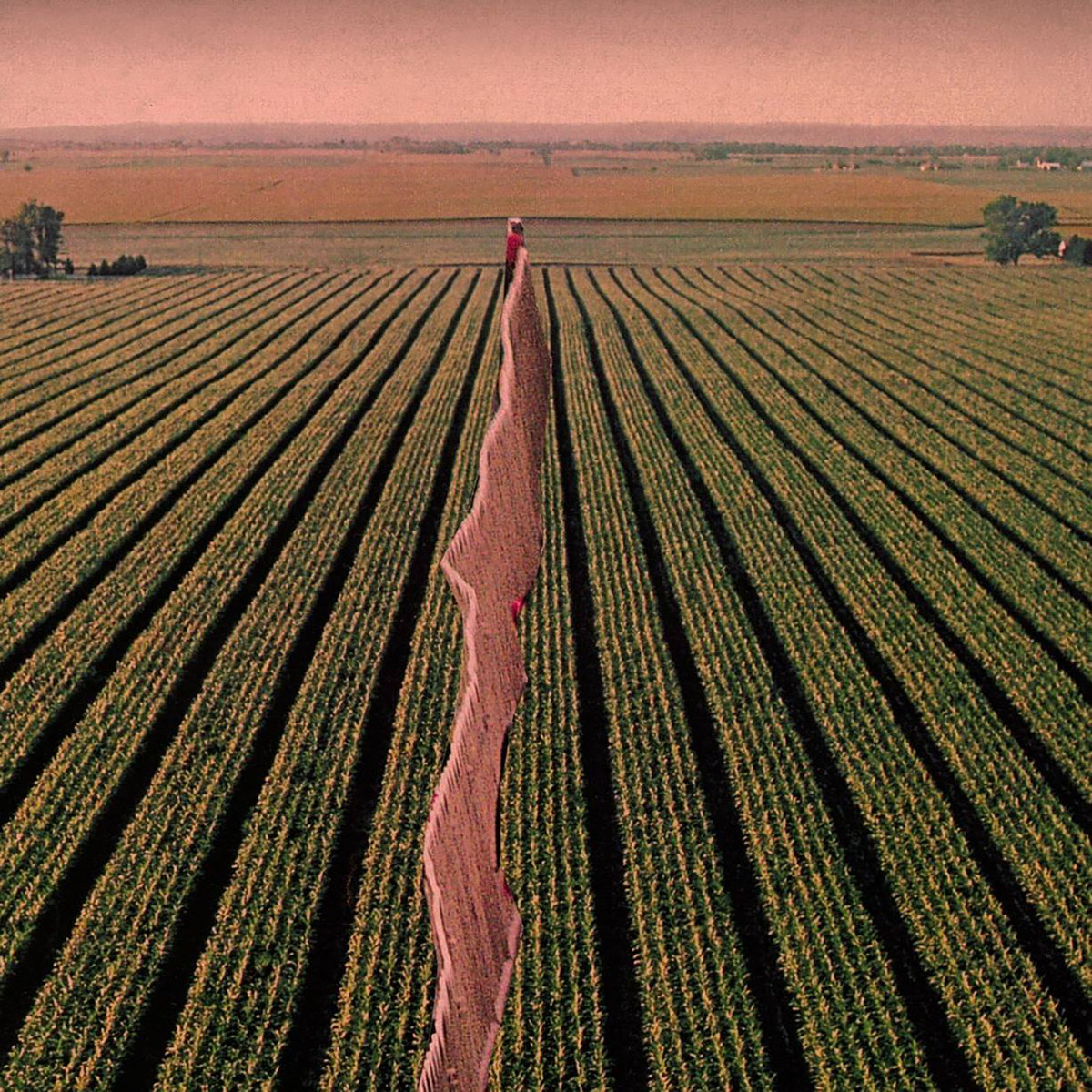 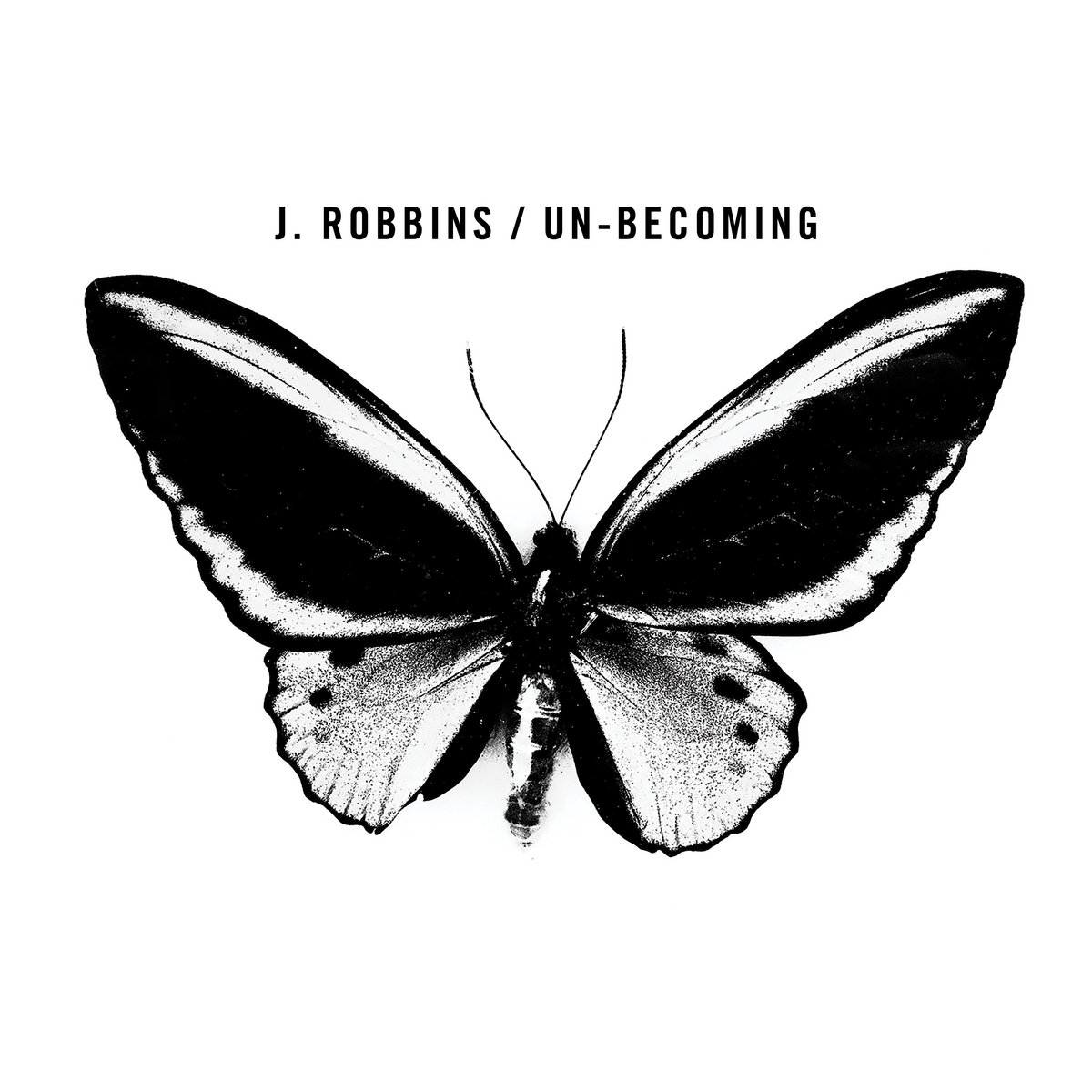 8. Brat Curse – Brat Curse (Anyway Records)
Columbus OH’ Brat Curse specialize in fuzzed drenched power pop and on their 2nd LP they deliver 12 infectious ear worms that seem to stick with me for days. This superb collection of concise and exhilarating mid-fi indie rock unveils a new favorite each and every visit. 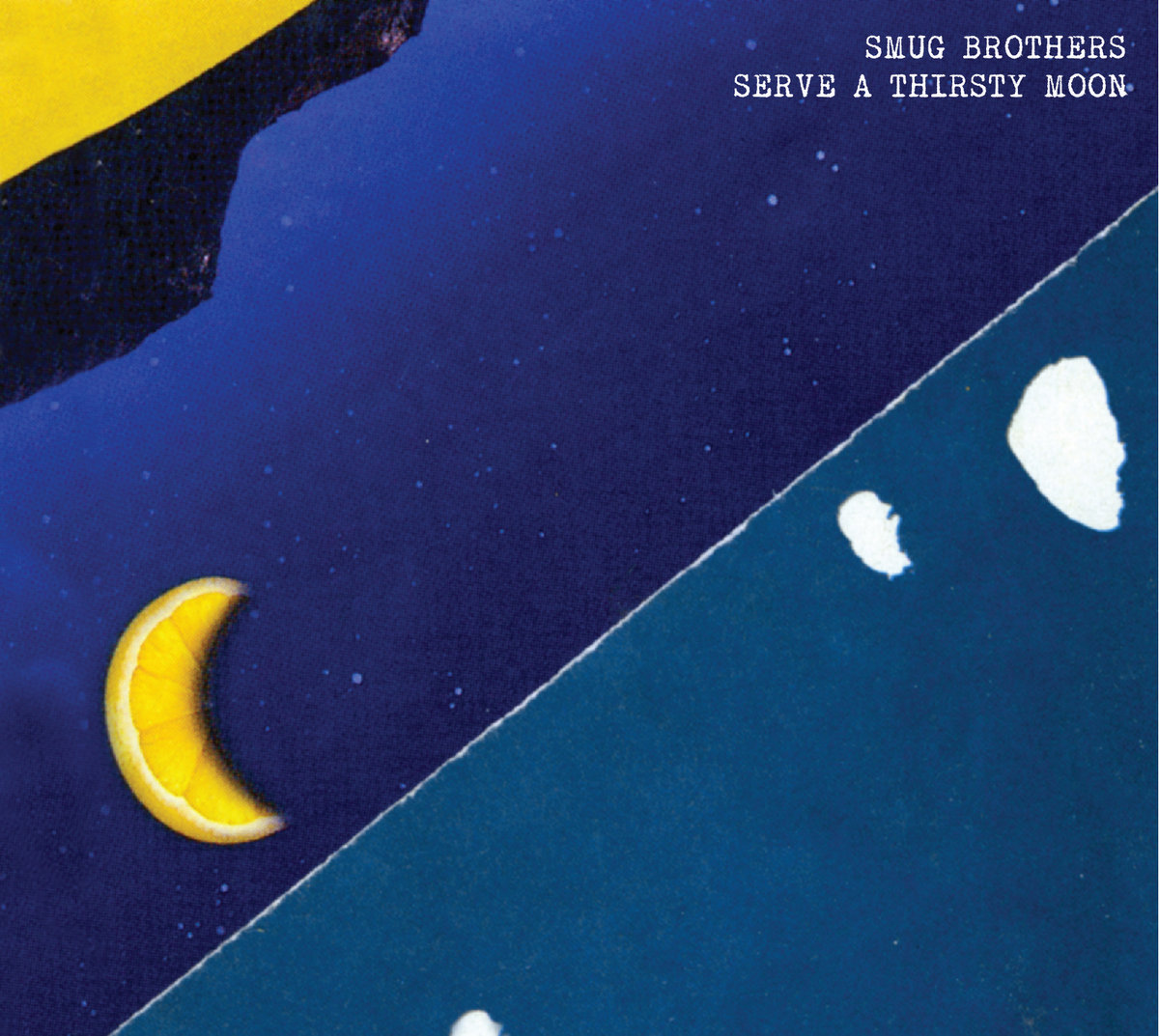 7. Smug Brothers – Serve A Thirsty Moon(Self Released)
Smug Brothers’ creative force, Kyle Melton set up a home studio earlier this year and proceeded to record three new albums. Attic Harvest arrived in February then All Blur Spark was delivered in July, both of which are absolute gems and worthy of your attention. However, the material on Serve A Thirsty Moon seems like a step forward. A bit more anthemic, focused and affecting. This album has been in constant rotations since it’s November release. 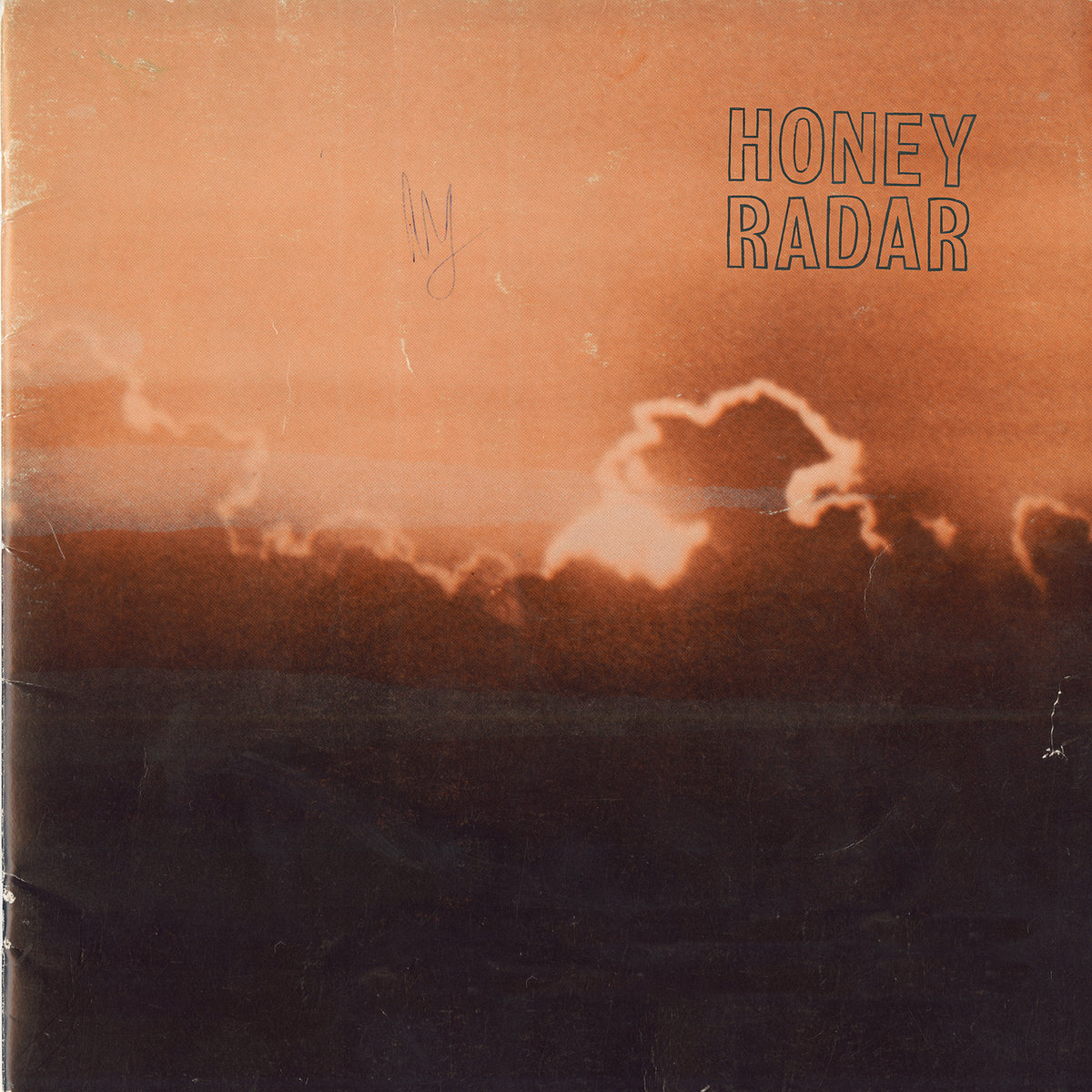 6. Honey Radar – Ruby Puff of Dust (What’s Your Rapture?)
Philadelphia’s Jason Henn and friends delivered yet another satisfying and timeless album of hook heavy lo-fi pop with Ruby Puff of Dust. The latest offering sounds like it could’ve been easily released at any point in the last 30 years but as luck would have it came to us this year with quantum sized hooks and sweet melodies under a thick layer of tape hiss and buzzing guitars. 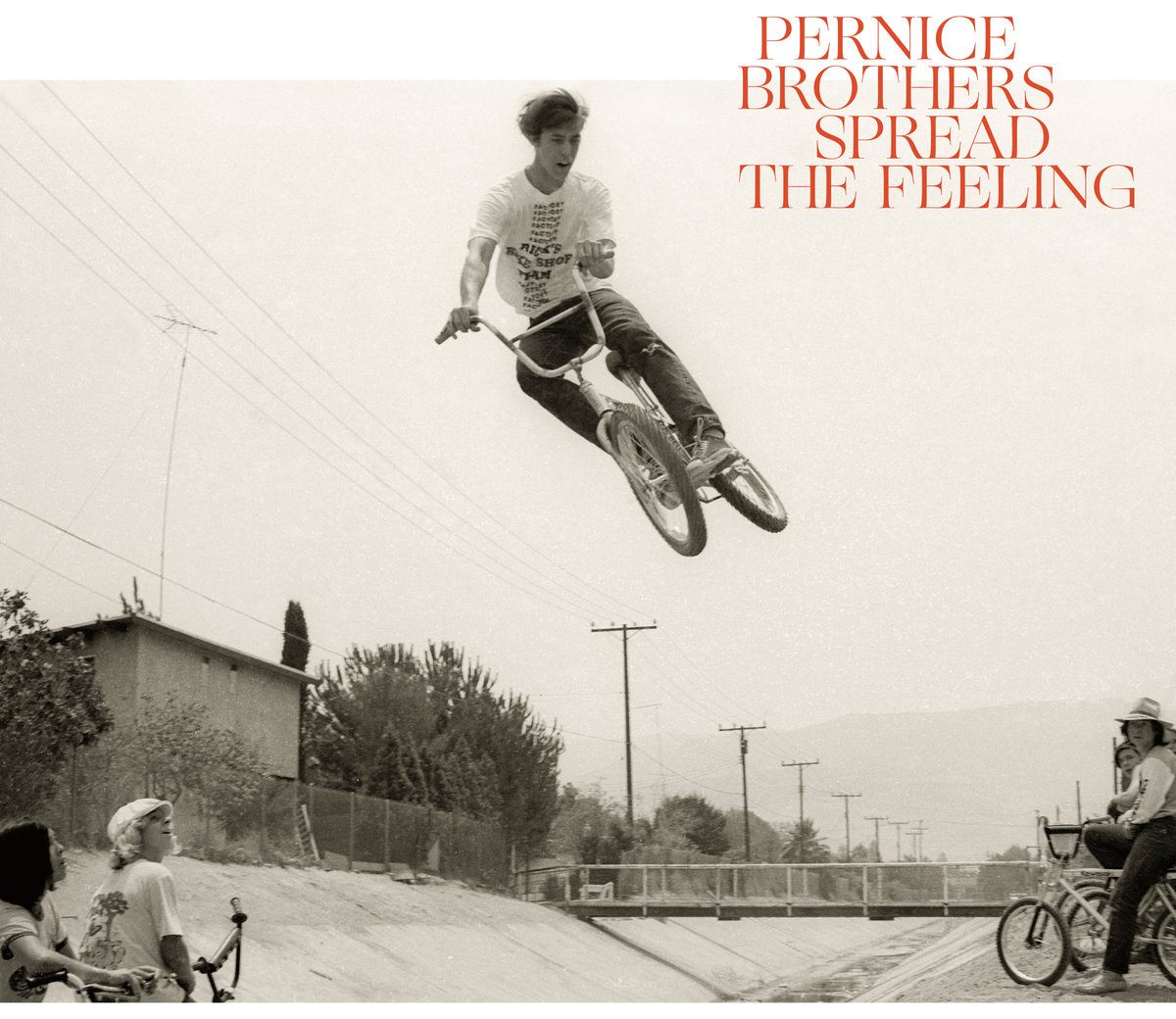 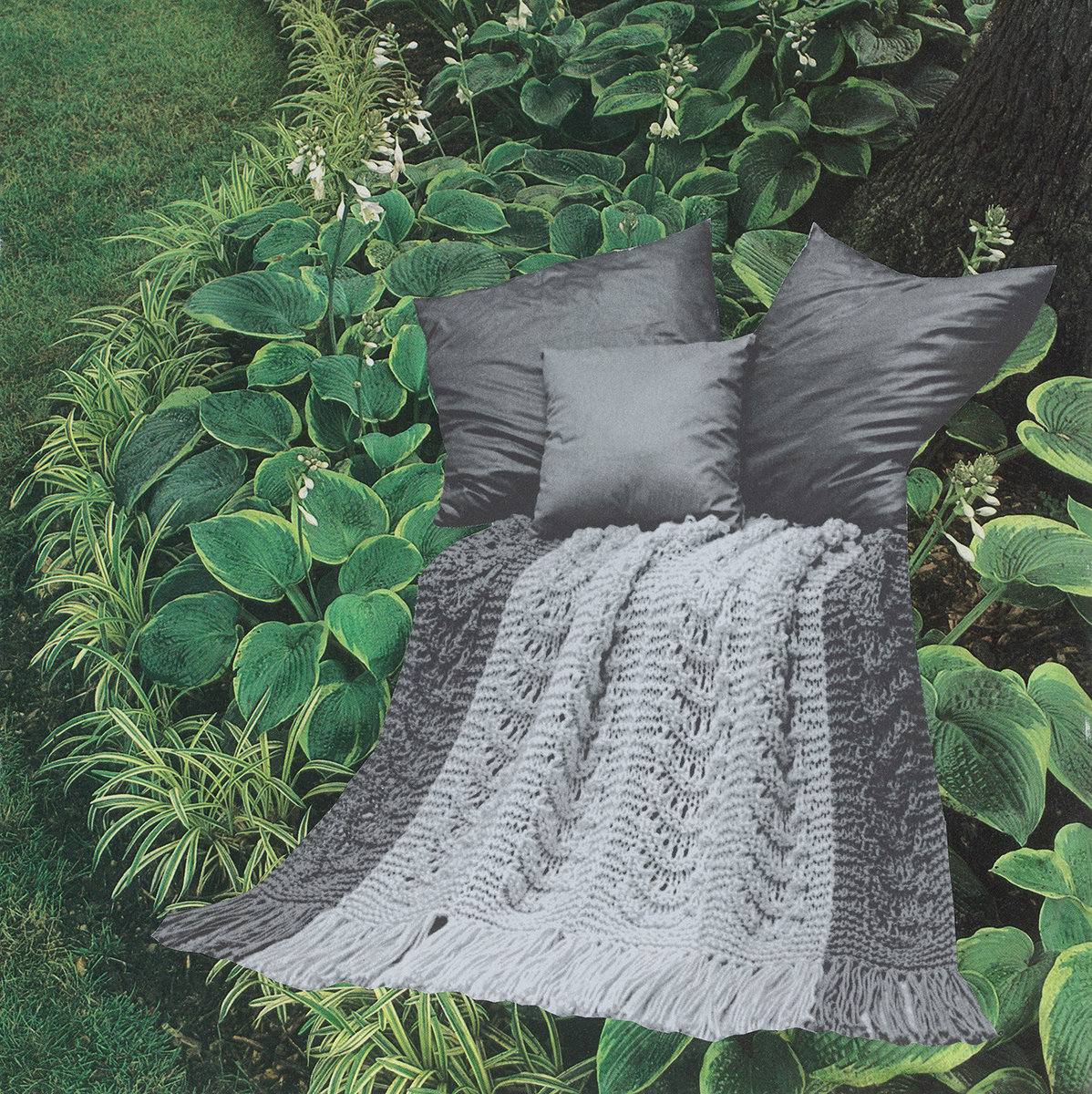 4. Pile – Green and Gray (Exploding In Sound)
For the past 12 years Boston’s Pile have delivered 7 LP’s of arresting post-punk while somehow upping the anti with each release. Green and Gray follows 2017 excellent A Hairshirt of Purpose and takes yet another step forward in the evolution of the band’s sonic capabilities. Rick Maguire delivers a stunning song cycle throughout Green and Grey while leading Pile through a well-balanced album filled with jagged noise and striking melodies. 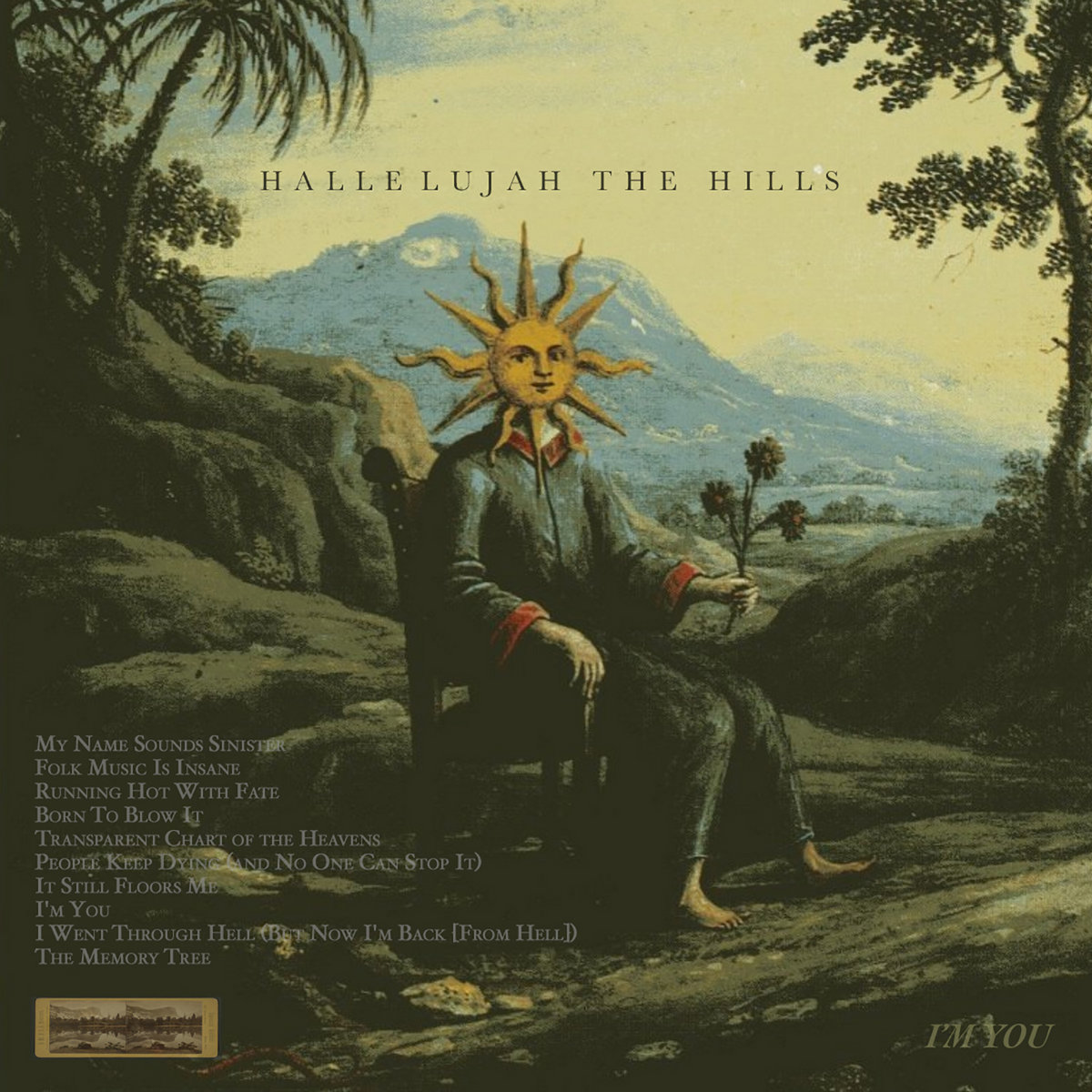 3. Hallelujah The Hills – I Am You (Self-Released)
The three years it took for Hallelujah The Hills to follow up 2016’s A Band Is Something To Figure Out was in fact well worth the wait. Who knew while Ryan Walsh was promoting his exemplary first novel, Astral Weeks: A Secret History Of 1968 he was also hard at work along with his band mates crafting Hallelujah The Hill’s flawless new LP. I Am You contains quantum sized hooks, accomplished and varied instrumentation, as well as Walsh’s greatest lyrical contributions to date. A masterful LP from start to finish. 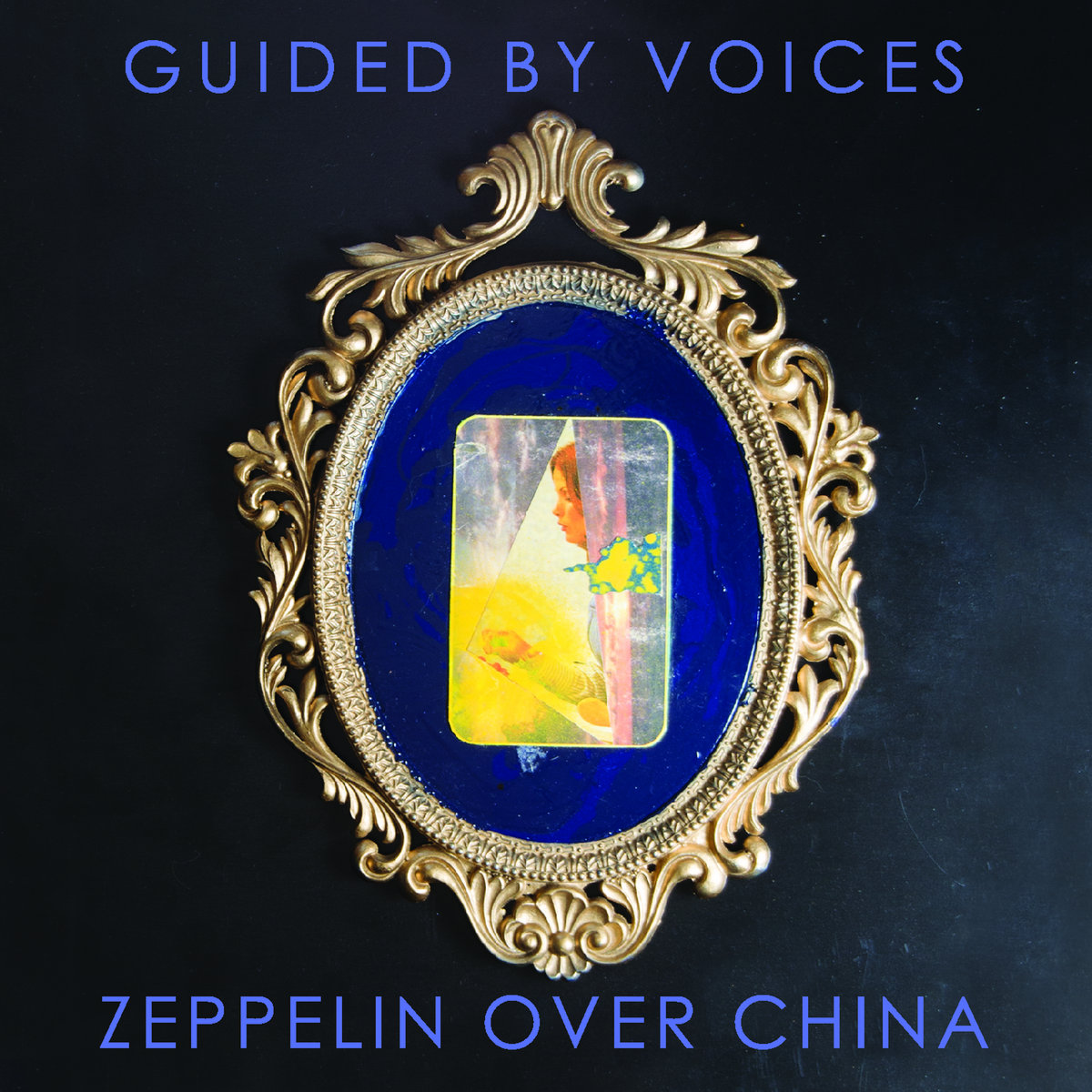 2. Guided By Voices – Zeppelin Over China / Warp and Woof / Sweating The Plague (GBV Inc.)
2019 was the year a perennial favorite delivered 3 exquisite LP’s in a 12 month span and provided the arduous task of picking a favorite. Zeppelin Over China is a 32 song monster and arguably the crowing achievement from Robert Pollard’s most recent and technically proficient line up Guided By Voices. May I refer you to Your Lights Are Out? A personal favorite from an album choc full of life affirming rock songs. 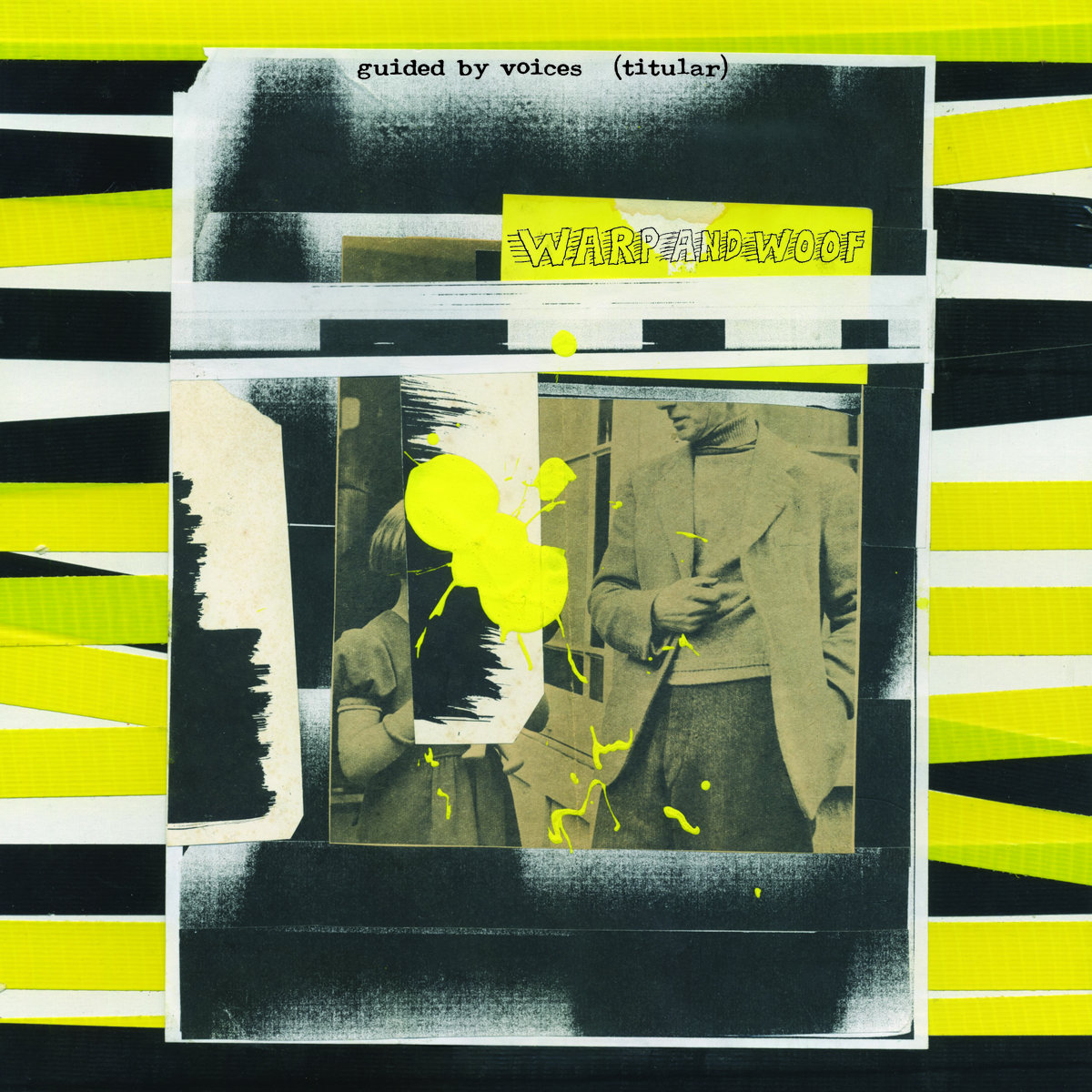 Guided By Voices – Warp and Woof (GBV Inc.)
Compiling tracks released on 4 EP released between 2018-2019, Acid Rock, Umlaut Over The Ozone, 100 Doug’s, and Wine Cork Stonhenge. If you think it’s just another in the long line of Robert Pollard releases or an odds and sods collection you’d be dead wrong. Warp and Woof is a superb LP and one of Guided By Voices most varied and infectious albums in recent memory. 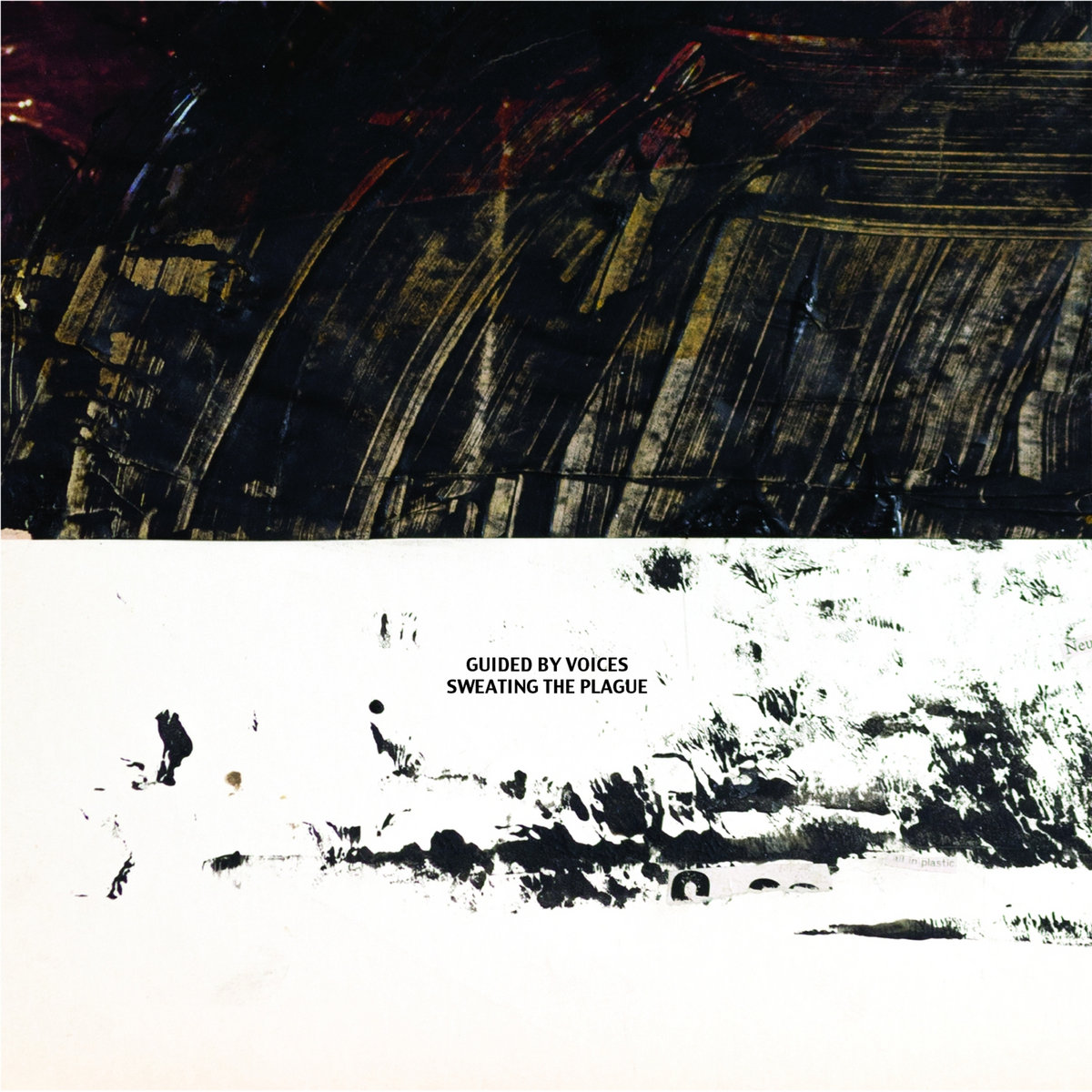 Guided By Voices – Sweating The Plague (GBV Inc.)
As I mentioned in a recent review Sweating The Plague contains some instant ear worms, but the tracks that really satisfy are the songs that reveal their greatness and subtle complexities over repeated listens. All three of the albums Guided By Voices released this year offered an overabundance of riches and each further proves Bob and this exemplary line up of musicians continue their hot streak but on Sweating The Plague, GBV goes all in on a menacing and gargantuan rock record that gets better with every visit. 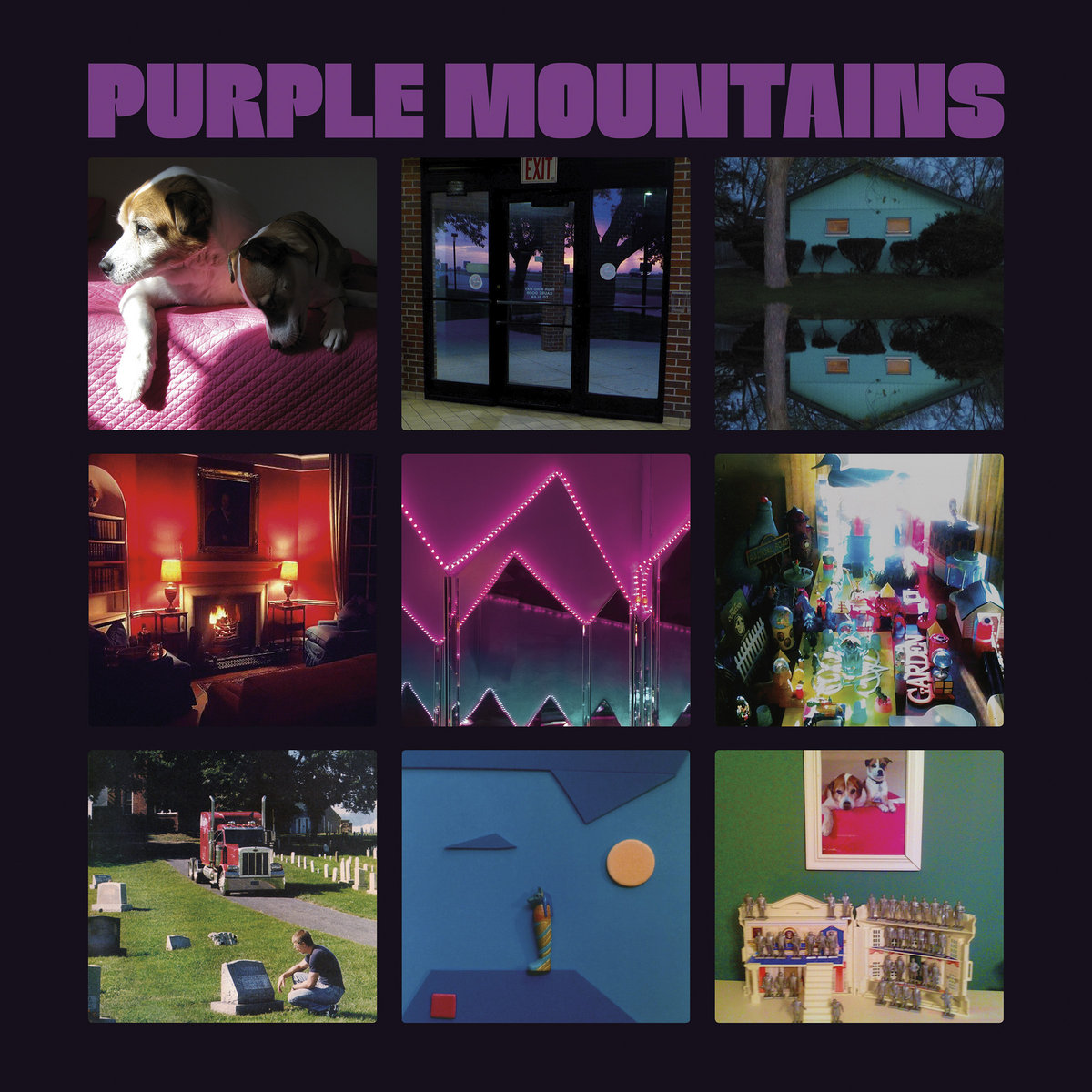 1. Purple Mountains – Purple Mountains (Drag City)
The fist time I heard this album it struck me to my core. Delivered in mid-July, Purple Mountains marked the return of David Berman after walking away from Silver Jews and music entirely in 2011. After David’s tragic suicide in August it took me a lot of time to return to this devastating and beautiful record. These 10 songs are his final artistic statement and in the aftermath of his death they hold even more weight and insight into David’s struggles. It’s remarkable that he was able to pull this off while in the grasps of such debilitating demons. Purple Mountains is outright masterpiece and I don’t throw that M word carelessly or often. In this case it’s completely warranted, but I like many others would give it back in second to change the course of his tragic end. DCB Forever and ever. 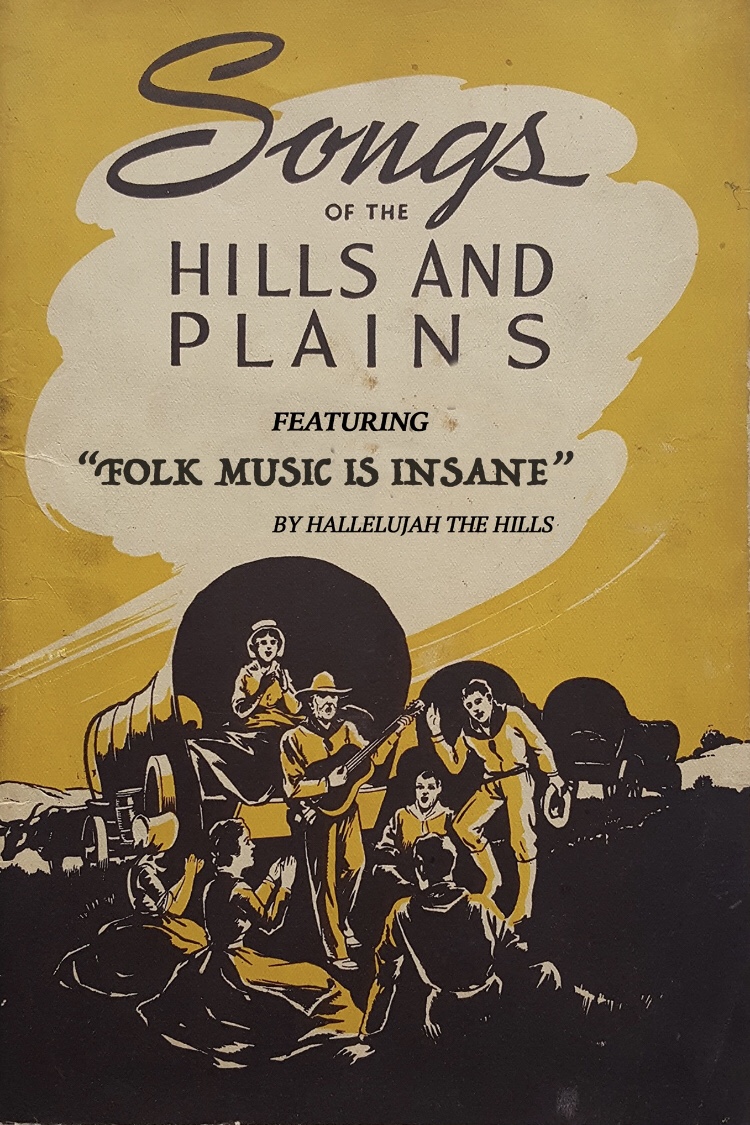 Boston’s purveyors of intelligent fist pumping anthemic indie rock, Hallelujah The Hills are set to return sometime this fall with their 7th LP, I Am You. The band has yet to announce the specifics of their release plans, but I’ve been assured those details will be shared soon. In the meantime HTH has shared the forthcoming albums first single, Folk Music Is Insane on various streaming platforms. Founder and chief songwriter, Ryan H. Walsh has shared some thoughts and a little bit about the motivation
behind the bands ode to music genres.

“Music genres can help you understand what you’re about to hear, but they also carry a lot of baggage with them. If I tell you I’m about to play you a country song, you might even start to guess at some of the lyrics (“lost my truck, lost my car, got fired” etc). I like when expectations are subverted, so I started thinking about true but unlikely statements to make about music genres. Best one I came up with was ‘Folk Music Is Insane.’ I truly believe that. And singing that phrase on top of a deep, distorted rock n roll riff? Well that’s just the kinda thing this band was born to do.” – RHW

The band has also deemed their new song t-shirt worthy and I tend to agree. You can obtain and support HTH as well their forthcoming release efforts by obtaining and sporting the Folk Music Is Insane T-Shirt around town.